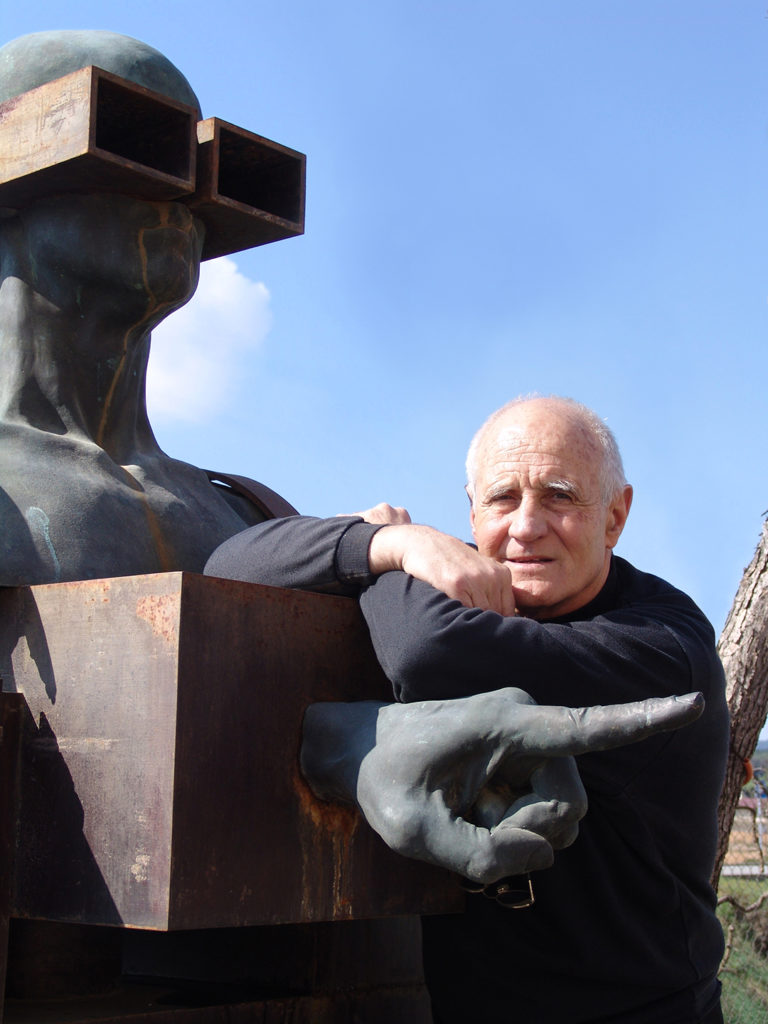 Josep Bofill was born in Barcelona in 1942, and entered the Barcelona School of Arts and Crafts in 1958.

After finishing his studies he started working as a designer, and presented his first sculptural work in 1983. From 1994 on, he began to include paintings in his exhibitions. In 2016 he created a collection of jewel-sculptures named “Sculptures à porter”.

His work has been exhibited in galleries in Spain, UK, France, Germany, Belgium, Holland, Switzerland, Luxemburg, Italy, Portugal, Russia, Hong Kong, USA, Venezuela and Colombia, as well as in museums such as La Cour d´Or Museum in Metz and the Municipal Museum in The Hague. He also has permanent installations at Cidade de Almada Museum in Lisbon, at Cultural Centre Foundation Chacao in Caracas and at the KEE Private Members Club in Hong Kong.

Bofill also created monuments such as the one dedicated to Mercé Rodoreda in Romanyà de la Selva (Girona), Una Porta a la Salut at the Vall d´Hebron Hospital in Barcelona, San Braulio in Zaragoza, l´Alba i el Capvespre in Hallwill (Switzerland). His commissioned works include the Al·legoria a Sant Jordi for the Palace of the Generalitat de Catalunya, the Miquel Martí i Pol Award for the Celler Vall Llach, the Premi de Comunicació for the Diputació de Barcelona (Communication Award), the CIDEM Award for the Generalitat de Catalunya, ISS World Denmark (ISS Top Management Award) as well as sculptures for the Hong Kong International Airport and General Motors.

During his career he obtained various awards such as the Prix International d´Art Contemporain de Monte Carlo, the Josep Llimona Prize for Sculpture awarded by the Cercle Artístic de Sant Lluc and an award from the magazine Arte y Joya.

He collaborated in the film Dans le secret des émotions directed by Jean-Pierre Gibrat and in the field of scenography, he created scenic elements for the Dart Dance Company under the direction of Guillermina Coll, for the performance Sons + Imatges = Volums.